Blackhawk Down – Jets Put Away Hawks at Home

The Winnipeg Jets absolutely flew out of the starting blocks Tuesday night.

Blackhawk Down – Jets Put Away Hawks at Home

In hosting the league worst Chicago Blackhawks (9-18-5), Winnipeg did not hold back, pummeling the Hawks for three goals on 15 first period shots en route to a rather lopsided 6-3 victory.

The Blackhawks are currently 1-10-0 in their last 11 games, and have only held a lead for a total of 45 seconds during that span. As a matter of fact, it took Chicago nearly the entire first period to record their first shot on net Tuesday. After Alex Debrincat popped the goose egg, the visitors were able to tack on a few more shots, cutting the Jets’ first period lead to 15-5.

Mark Scheifele redirected a Dustin Byfuglien point shot past netminder Cam Ward while on an early first period power play, giving the Jets’ centreman 17 goals on the season. Tyler Myers added to Winnipeg’s lead just over a minute later, as he one-timed a Jack Roslovic offering into the Hawks’ cage, before Kyle Connor picked up his 12th of the year with 6:22 to go in the opening frame. 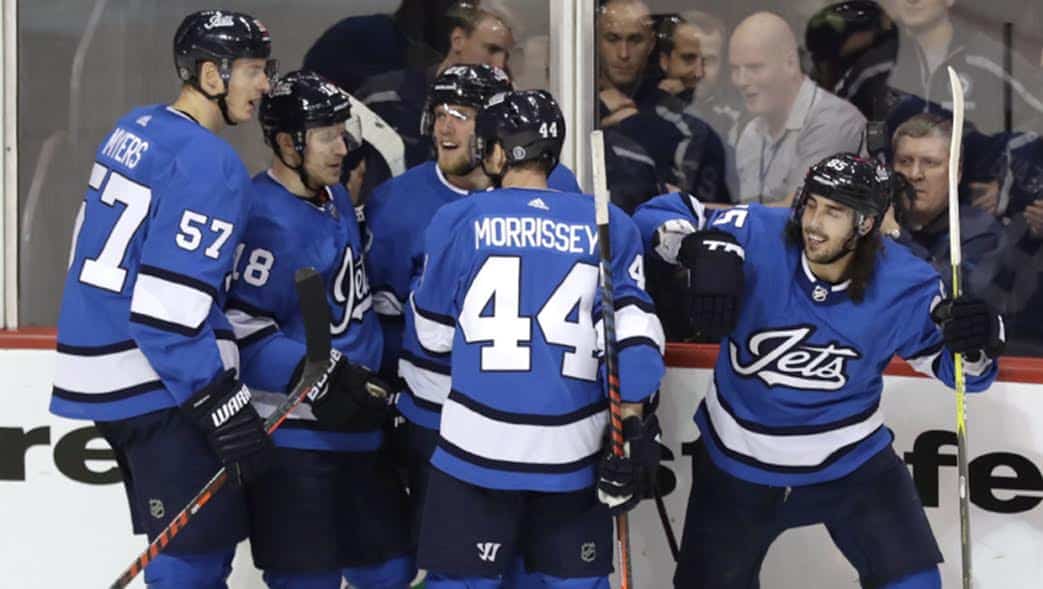 Much like their previous matchup with the Blackhawks in Winnipeg this season, the Jets eased off a touch in the second period, which resulted in two Chicago goals. Kyle Connor did score his second of the game, but Winnipeg only put up 10 shots in the middle frame, as compared to Chicago’s 17.

Just half a minute after Connor buried a Dustin Byfuglien point shot rebound, mid-season acquisition Dylan Strome gave Chicago some life, as he outwaited Brossoit before shooting the puck past the Jets’ netminder. With 13 minutes left to play in the second, Dominik Kahun potted his fourth of the year as a Brossoit rebound landed directly on his stick. 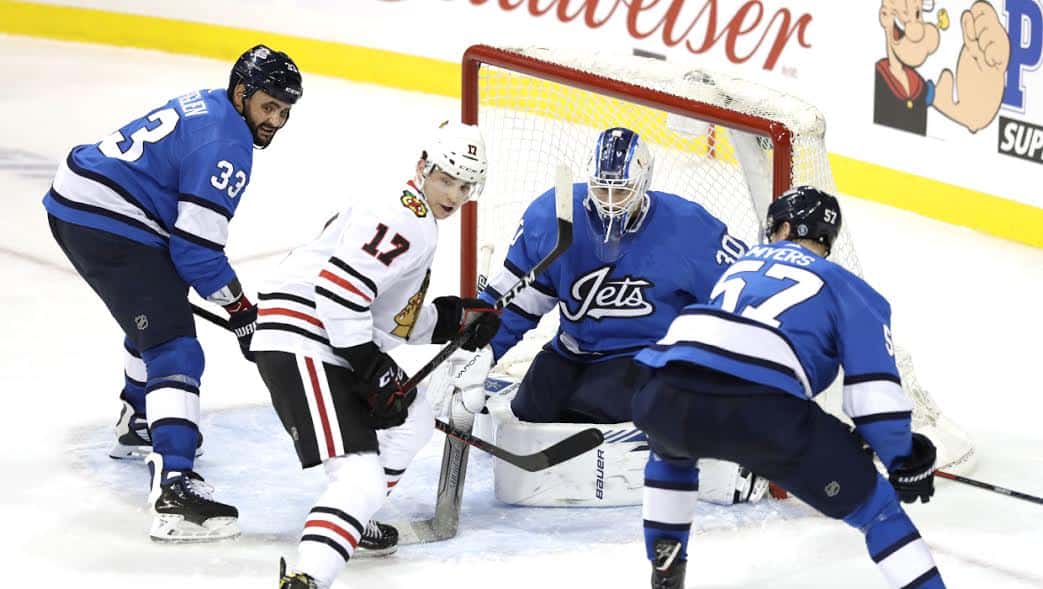 Winnipeg still maintained a slight shot lead after two periods, remaining up 25-22 through 40 minutes of play. Cam Ward held the Hawks in the game with two sensational saves in the second stanza, first robbing Patrik Laine on a great cross ice slide, before turning the clocks back with a two pad stack and glove save on Connor late in the frame.

Things go a bit scarier in the third period as Winnipeg continued to be denied from scoring, as Cam Ward slammed the door shut on all offence for the majority of the period. Alex Debrincat may have been the cause of some high blood pressure as he fired the Hawks’ third goal of the game past Brossoit from a very bad angle with just under 14 minutes remaining, making it a one-goal game.

Jan Rutta found himself in the box once again, and due to a potent Jets’ power play, he also saw his two-minute high sticking sentence reduced as a streaking Mathieu Perreault tapped in a rebound with just seconds remaining in the man advantage. Brandon Tanev added another insurance marker as he pounded his sixth of the season into the empty Blackhawks’ net. 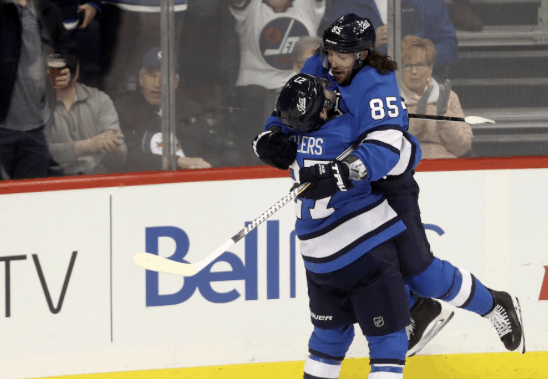 Brossoit finished the game with 32 games on 35 Chicago shots, while Ward stopped 28 of the Jets’ 34 shots. Winnipeg has now improved to 19-9-2 on the season – good for second place in the NHL’s Central Division. The Jets are also 4-3-1 while wearing their new Aviator sweaters at home. 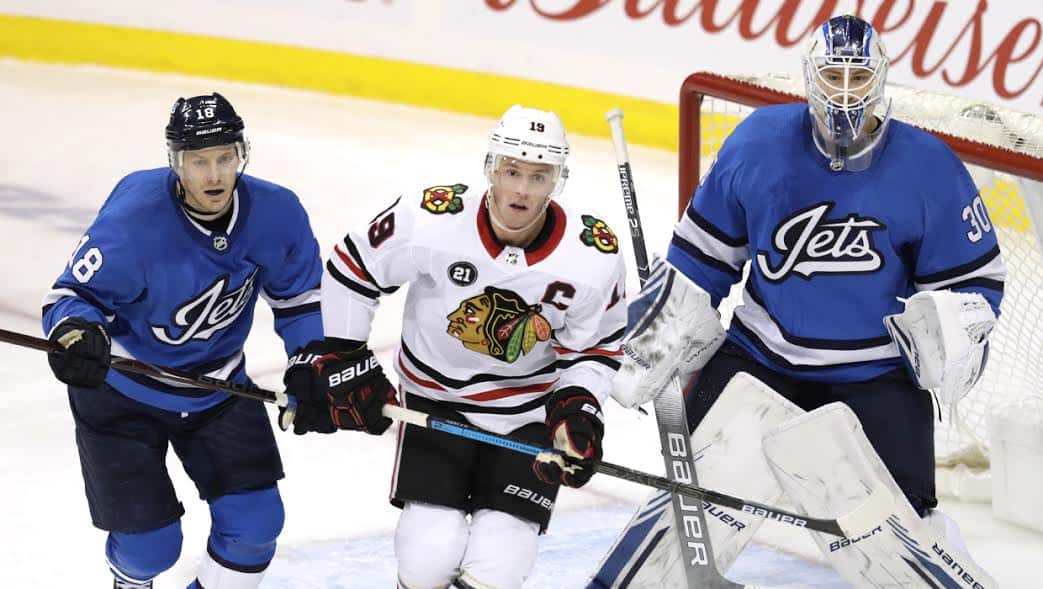 Winnipeg will next play host to Connor McDavid and the Edmonton Oilers from Bell MTS Place on Thursday evening. Puck drop between the visiting Oilers and Jets is scheduled for 7:00 P.M. central, and the game can be viewed live on TSN3.