Samberg Chooses NCAA, Will Not Sign with Jets for 2019-20 Season

Winnipeg Jets’ draft pick Dylan Samberg will be returning to the University of Minnesota Duluth for the 2019-20 season.

Samberg Chooses NCAA, Will Not Sign with Jets for 2019-20 Season

After much speculation that Winnipeg’s 2017 second round draft selection would ink a professional contract with the Jets’ this coming offseason to play in Manitoba for the 2019-20 season, Samberg announced Monday that his intentions are to return to UMD for his Junior season and take a shot at a three-peat with the No. 1 ranked Bulldogs. 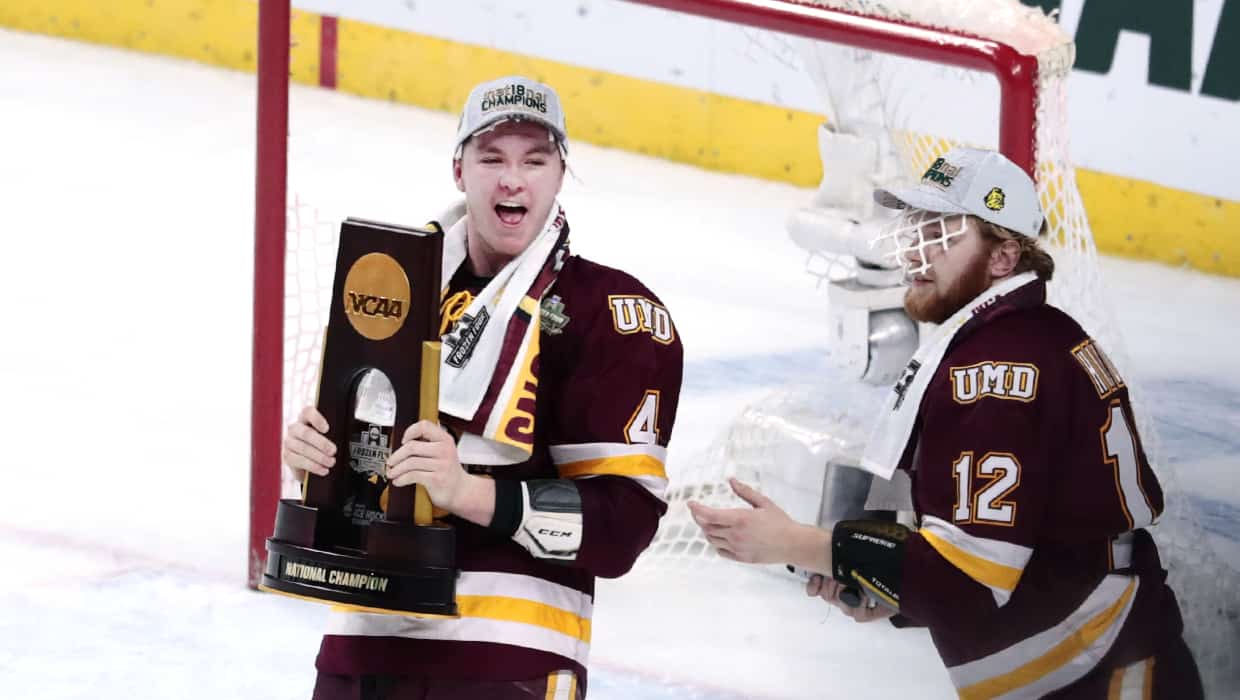 Samberg has seen his team prove victorious in each of his two NCAA Division I championships for the past two seasons, edging out the University of Notre Dame in 2018, before beating the University of Massachusetts this April. After putting up one goal and 13 points in 42 games as a freshman, Samberg upped his totals to seven goals and 19 points in three fewer games this past year. 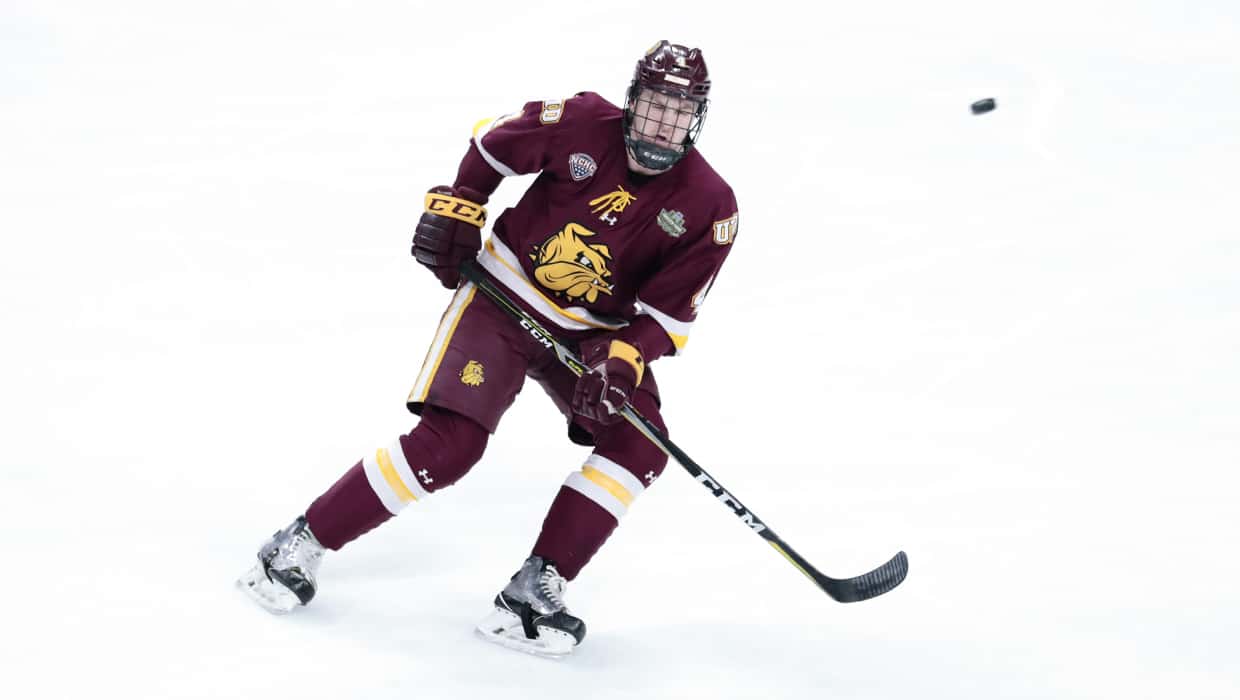 The 20-year-old Hermantown, MN. native is a force to reckon with on the back-end, checking in at 6-foot-4 and 225 pounds. Prior to his back-to-back titles with UMD, the two-time United States National Junior Team member also won two-straight high school hockey state championships with the Hermantown Hawks. Samberg will have another chance to sign with the Jets following his Junior season in early spring of 2020.