Thursday morning was a happy one for Foxwarren product Dawson Barteaux – maybe the happiest one ever.

Late morning it was announced that the young Manitoban had signed his official NHL entry level contract with Dalls, after being drafted in the sixth round by the Stars one year prior. The 168th overall selection of the 2018 NHL Entry Draft signed a max rookie deal, carrying a $925K cap hit for three years, where Barteaux would also make $70K playing in the American Hockey League.

“What a day. Life long dream signing with the Dallas Stars. Thanks to my coaches, teammates, fans, and my family for the support. Looking forward to the future!”, Tweeted Barteaux shortly after the announcement. 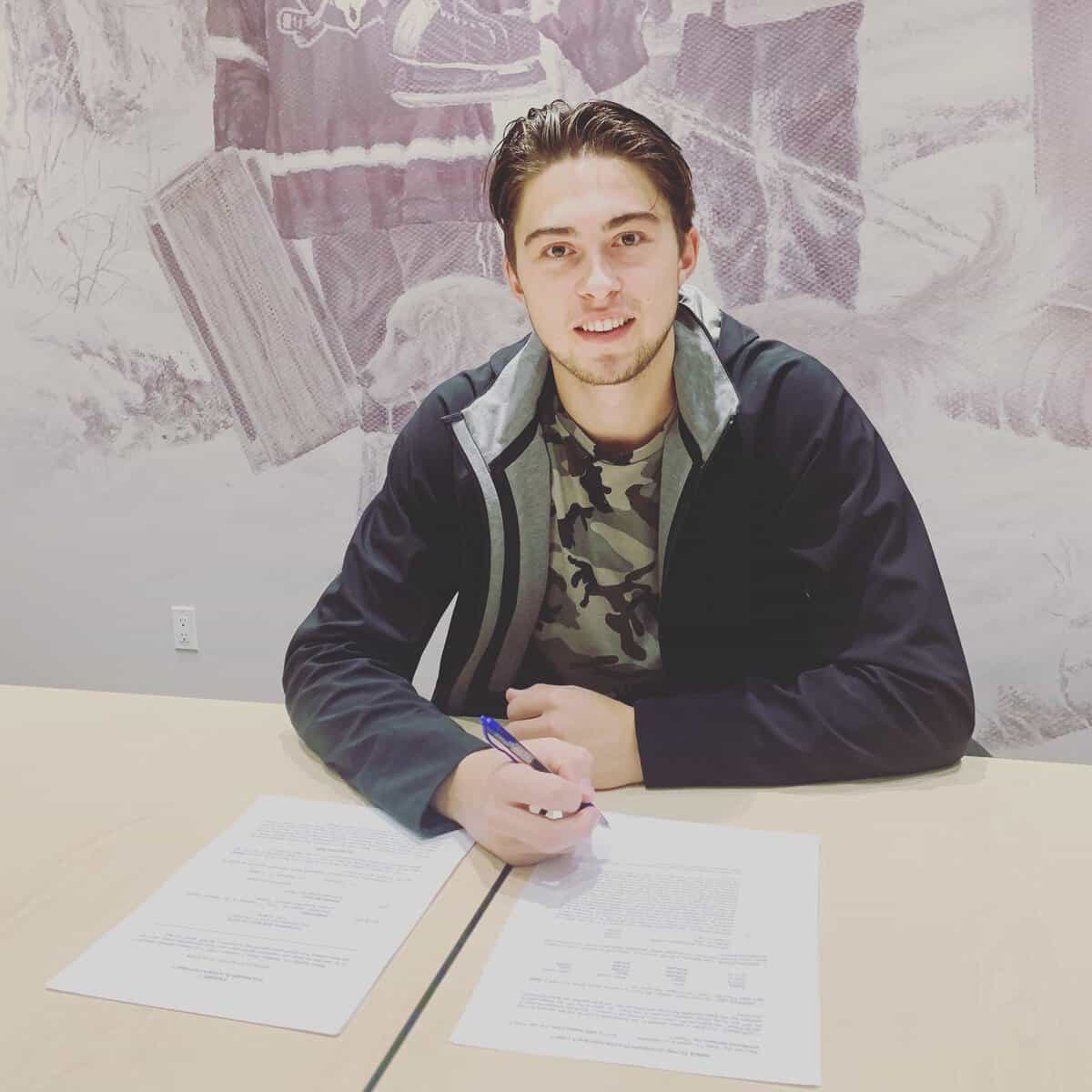 The 6-foot-1, 190-pound blueliner suited up for one exhibition game for the Stars in September – a 2-0 loss to the St. Louis Blues – where he picked up a blocked shot and saw some time on the penalty kill in 19:37 time on ice. In early September, the Western Hockey League’s Red Deer Rebels named Barteaux its captain for the 2019-20 season – his fourth in the league.

The 19-year-old rearguard played his bantam and midget AAA hockey for the Yellowhead Chiefs, putting together 18 goals, 66 points and 48 penalty minutes in 113 total games over three seasons of work before moving on to both the Regina Pats (2016-17) and Red Deer Rebels (2017 and on). In the WHL, Barteaux has amassed 10 goals, 75 points and 40 penalty minutes in 186 games. In 67 games with Red Deer in 2018-19, he scored a career-high seven times, while adding 27 assists for 34 points on the season.